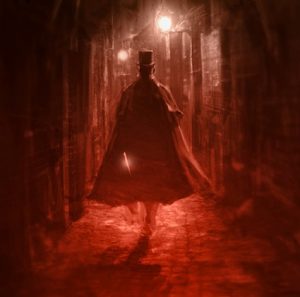 Penelope wished for the good old days when she and her girlfriends roamed the streets in White Hall after midnight looking for adventure and some loose change. Jack the Ripper changed all that. More’s the pity.
Jack was not even his real name, and all he wanted was for someone to love him for who he was and not for his money. What he needed was a soft shoulder to cry on and a nice respectable way of making a living. Penelope was pleased to oblige him on both accounts. Their agreement saved their own lives and created a business opportunity.
London fog seeped under the weather-weary door to the storage room of Penelope’s shop of potions and spells. When it creaked slightly, she squinted into the darkness. A looming figure entered, and her nose crinkled as wafts of Virginia pipe tobacco filled her nostrils. She wished the boy bought a finer leaf but said nothing to him. He was so dependable in discharging his duties.
The candle on the table in front of her flickered as the front door opened. A short, portly woman with wisps of gray hair framing her wrinkled face entered slowly, hesitantly.
“Come in, come in, dearie.” Penelope laughed and then coughed. Any movement in the room caused the dust to fly into her mouth. One of these days she must remember to clean her establishment. “Sit down, sit down. You are among friends here.” After the woman sat, Penelope asked, “Did you bring the money?”
“Everyone says you’re the best fortuneteller that money can buy,” the woman said shyly.
“Did you bring the money?” Penelope repeated harshly.
“Oh, yes. Here it is.” The woman slid a cracked leather purse across the table. “I must say, I thought the fee was unreasonable, but I was assured this particular topic was your specialty.”
Penelope opened the purse and counted the coins. “Good. It’s all there.” She looked into the woman’s sad eyes. “So who do you want dead? I mean—whose future do you want told?”
“My husband,” she whispered. “He was a good man for the first twenty years, but lately his temper has changed. I’m thinking he might be dreadful sick, the way he’s been acting and all. Could it be—might the reason be—is he about to die?”
“I wouldn’t be surprised if he went to see his Maker tonight.” Penelope looked past the woman to the dark storage room and nodded. “Now where about might your husband be this time of night?”
“The Queen’s Pub, two blocks over.”
“Not a good sign,” Penelope said shaking her head. “I see large evil men lurking about, ready to slit a throat for a shilling. Especially tonight, All Hallow’s Eve.”
“Oh, dear.”
“What’s he wearing?”
“Nothing fancy, factory worker’s clothes. He does like to don his father’s old tam when he goes to the pub. A faded tartan.”
“Another bad sign. I keep seeing visions of Mary Queen of Scots, and you know what happened to her.”
The hulking shadow slipped out the back door. The old woman jumped and looked around.
“What was that?”
“Fate. “ Penelope shook her head. “Your husband surely will not escape Fate tonight.”
Tears filled the woman’s eyes. “But I don’t want him to die. I thought I did, but not really.”
Penelope bolted from her chair and rushed through the storage room to the back door. Stepping out into the alley she could scarcely make out the huge shadow of a man in the fog and flickering streetlamp.
“Whoa, Stanley! She changed her mind!”